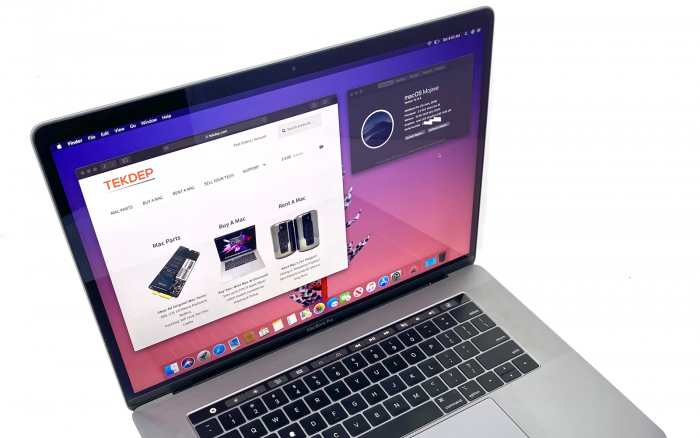 Hello Geeks, we hope you are having a great day. If you are thinking about shifting from a PC to a Mac, then you already know that Macs are generally more expensive than PCs.

It is harder to bargain for the price of a Mac than that of a PC due to their carefully managed supply chain. Mostly, we see clearance sales when inventory is too high and there is less demand for the product in the market. As there are so many manufacturers of PCs that it is impossible for them to cooperate and manage their supply chain, sometimes, markets are flooded with their products driving the prices low. The same is not the case with Macs.

Apple being the only producer carefully plans and manages the inventory of its products, giving it complete control over prices. Apple saw a growth of 17% in the sales of Macs throughout the mid-year of 2017 (around 4 million which happened due to their control over their inventory and prices. This means that you’ll have to buy a Mac at a higher price than a PC.

With significant updates, a less complex interface and welcome screen, Apple has nailed the harmony among feel and utility. So, if you don’t have piles of money just lying around and also want to have a Mac, then buying pre-owned mac can be a better way to go. Here are 9 reasons why you should do that.

The fundamental factor behind any purchase is the price of the product. Buying a new Mac is often out of the reach of most people. If you are okay with a few scratches on the body and occasionally some other minor issues, pre-owned Macs offer you the same performance at a way cheaper price. Make sure to test the device thoroughly before buying as you don’t want to spend your hard-earned money on a thing that doesn’t even work properly.

If you buy a new Mac, which will obviously cost you more, its price will depreciate dramatically with time. If you try to sell that Mac, you would be incurring a big loss due to its price depreciation. The same is not the case with pre-owned Macs. If you buy two or three years old Mac, it has already lost its price significantly and it won’t go much lower. Sometimes, if you buy a pre-owned Mac and don’t like it, you can sell that Mac at the same or even at a higher price than what you paid for it if you are a good negotiator. This thing doesn’t happen with new Macs, giving an advantage to pre-owned Macs.

Sometimes, when Apple launched a new technology in its products, it is not well-perceived by the users. If you buy a new Mac without knowing this drawback, there would be no turning back from this if you don’t like a feature or some addition to the hardware as you’ve already paid for it and would be stuck with it. Pre-owned Macs are in the market for a while and everyone knows about the pros and cons of each model, so you won’t be surprised by any feature or any hardware addition if you go for a pre-owned Mac. This technology has been tested for years by the users and you will know what you are getting yourself into

Today we are producing so much waste that our planet is damaged beyond repair. Apple is specifically very concerned about this issue that’s why they have taken the charging adapter for their latest iPhones out of the box. People used to just throw those away which created an environmental hazard. We owe our future generations a planet free from waste and hazards. Going for used products can be a good way to start. Doing this will give some extra years to the life of those products reducing their environmental impact. So, if you decide to go with a pre-owned Mac, you won’t be just saving yourself a few hundred bucks but would also be contributing to the sustainability of the environment.

5 | Launch of a new Mac won’t affect you

Buying a pre-owned Mac would not break your bank and you’ll be able to get a not-so-much inferior at a very cheap price. You can spend the saved money on something that you really need or just deposit it into your savings account. No matter if you are a student struggling to pay his fees or a well-settled professional, having some extra bucks as your savings is always a good idea. Even if you don’t need that money now, but somewhere in the future, you may need that money and you’ll be thanking yourself that you made the decision of buying a pre-owned Mac at a reduced price.

Going for a pre-owned Mac is a great way to get a more powerful Mac than the new one with the same or even less price. although you’ll be getting a few years older model, the better processor would make up for it and it may even perform better than the new entry-level Mac that you’ll buy from the Apple store, giving a great value for your money.

8 | Pre-owned Macs can be from the current generation

Sometimes, you can also find pre-owned Macs from the current generation. People who are habitual of changing products after every few months sell the previous products even before the launch of the next model. So, you won’t be missing out on any of the hardware and software upgrades. Doing this would obviously cost you a bit higher but it’s still preferred over going to the Apple store and buying a new one.

9 | They are mostly in excellent condition

Many people are against buying pre-owned Macs because they think that the device won’t be in a good condition and they’ll have to sacrifice a lot. Which is not true. You can find pre-owned product of any quality and condition. All you have to do is to look for devices in better condition. It is also possible that you’ll find a device which is in excellent condition as a new one. So, instead of going for the first Mac you find, do a little research and buy a device in good condition or just buy one of tekdep.com/

This site uses Akismet to reduce spam. Learn how your comment data is processed.

Acknowledgment: TEKDEP™/ Tekdep.com and the ownership, is not endorsed by, directly affiliated with, maintained, authorized, or sponsored by any Brand or trademark used in this website to solely identify Product & services offered in this website. All product and company names are the registered trademarks of their original owners. The use of any trade name or trademark is for identification and reference purposes only and does not imply any association with the trademark holder of their product brand.

Copywrite Notice: TEKDEP™ ©Tekdep.com  2021, No Unauthorized use and/or duplication of this material without express and written permission from this site’s author and/or owner is strictly prohibited. Excerpts and links may be used, provided that full and clear credit is given to TEKDEP.com with appropriate link and specific direction to the original content.

Important Safety & Liability Disclaimer. TEKDEP™ / tekdep.com and the ownership assumes no liability for property damage or injury incurred as a result of any of the information contained in this website and all videos, blogs & pictures, TEKDEP™ recommends safe practices when working electrical , expensive electronics, Battery’s or any other tools or equipment seen or implied in this video. Due to factors beyond the control of tekdep, no information contained in this website shall create any express or implied warranty or guarantee of any particular result. Any injury, damage or loss that may result from improper use of these tools, equipment, or the information contained in this website or Tekdep videos, blogs & social media is the sole responsibility of the user and not tekdep. Only attempt your own repairs if you can accept personal responsibility for the results, whether they are good or bad and do your research before attempting any disassembly or repair, make sure you understand the risk your taking.