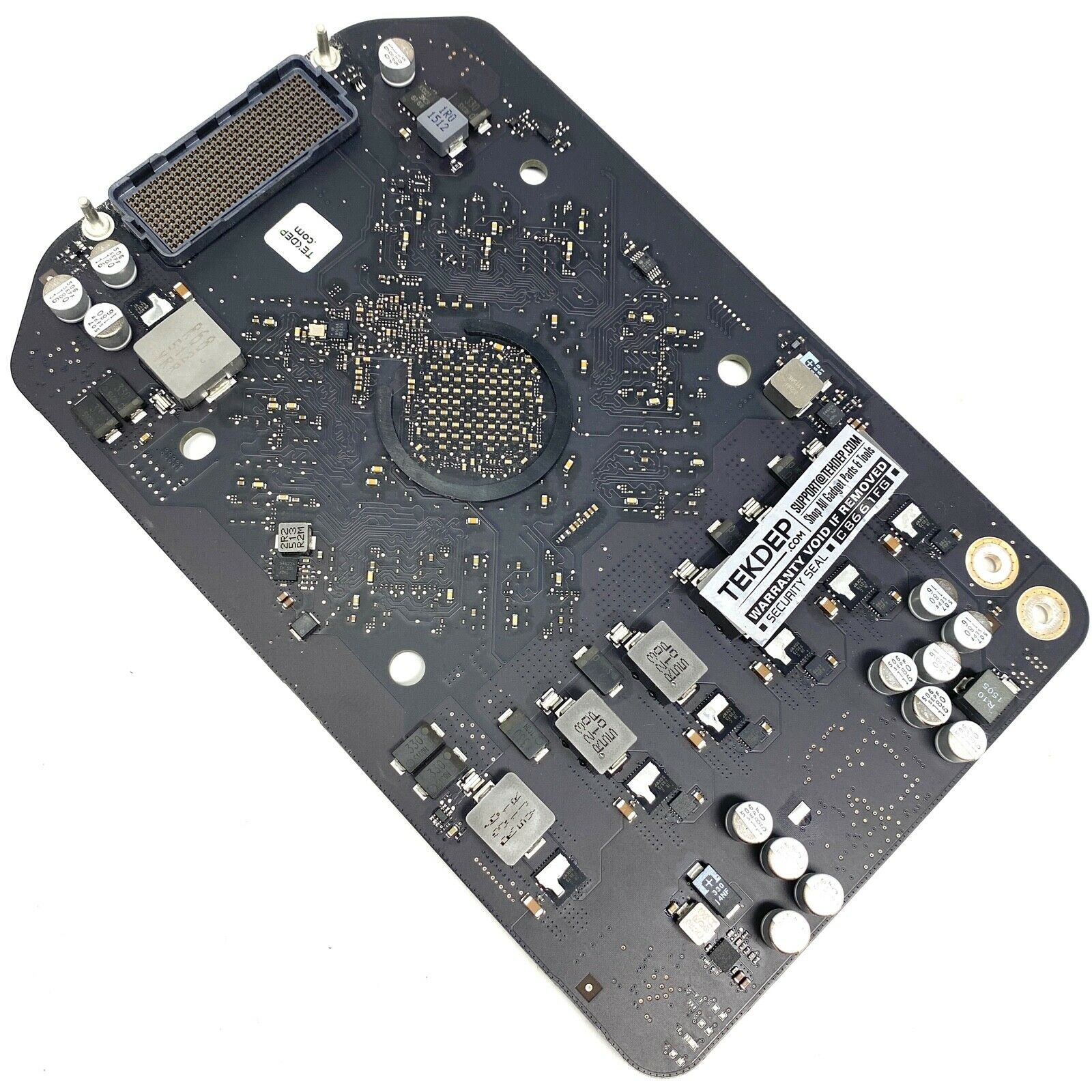 Question? I updated mac os on my mac pro 6.1 a week ago, it was fine for several days. One day I did some video editing, rendered off a video and later in the night shut down as normal. When I booted back up the next day, no signal from HDMI on my monitor.

Tried diff cables and even plugged in an old mac LED monitor via mini display port, with nothing. So either its a software/driver issue, but how am I supposed to even reformat a mac without seeing the screen? or the GPU has incidentally failed.

Answer: Base on what I know the Gpu cards on this models has some weakness and lately due to the age many started to go bad and fail, one sign of going bad is few second’s of pixelated display image when unit start up, and base on what your telling me I would assume the worse,

it’s possible that one of the two AMD Fire Pro Cards in your A1481 Mac, changing them is not that hard but they cost a lot,

here is a link where you can find different and fire pro graphic cards.

If you want to reformat, remove the ssd and install in a MacBook Pro/Air that is 2013 to 2015 model and reformat or reinstall an older osx in other device and put back in the Mac Pro ,

Also it worth trying before removing the ssd try booting up in safe mode, maybe that works so you have chance to format.

1.Power on or restart your Mac, then immediately press and hold the Shift key as your Mac starts up.

2.Release the key when you see the login screen.

This site uses Akismet to reduce spam. Learn how your comment data is processed.

Acknowledgment: TEKDEP™/ Tekdep.com and the ownership, is not endorsed by, directly affiliated with, maintained, authorized, or sponsored by any Brand or trademark used in this website to solely identify Product & services offered in this website. All product and company names are the registered trademarks of their original owners. The use of any trade name or trademark is for identification and reference purposes only and does not imply any association with the trademark holder of their product brand.

Copywrite Notice: TEKDEP™ ©Tekdep.com  2021, No Unauthorized use and/or duplication of this material without express and written permission from this site’s author and/or owner is strictly prohibited. Excerpts and links may be used, provided that full and clear credit is given to TEKDEP.com with appropriate link and specific direction to the original content.

Important Safety & Liability Disclaimer. TEKDEP™ / tekdep.com and the ownership assumes no liability for property damage or injury incurred as a result of any of the information contained in this website and all videos, blogs & pictures, TEKDEP™ recommends safe practices when working electrical , expensive electronics, Battery’s or any other tools or equipment seen or implied in this video. Due to factors beyond the control of tekdep, no information contained in this website shall create any express or implied warranty or guarantee of any particular result. Any injury, damage or loss that may result from improper use of these tools, equipment, or the information contained in this website or Tekdep videos, blogs & social media is the sole responsibility of the user and not tekdep. Only attempt your own repairs if you can accept personal responsibility for the results, whether they are good or bad and do your research before attempting any disassembly or repair, make sure you understand the risk your taking.